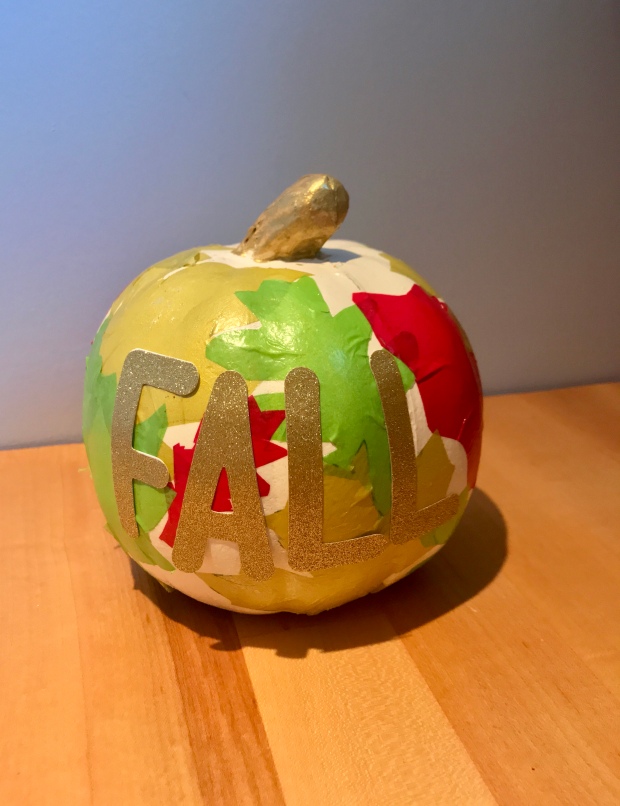 Halloween may have come and gone, but there are still plenty of opportunities to create a festive fall craft with pumpkins. This year I decorated a small fake pumpkin with colorful fall leafs. Since we don’t get a lot of fall colors here in California, I thought it was a nice way to bring the fall colors into my home.

Here is what you will need for this craft:

What have some of your favorite fall crafts been?